During complex surgical procedures such as in skull-base surgery, there is a need to reach difficult-to-reach locations via narrow anatomic corridors. Performing surgery along complex 3D pathways requires a snake-like instrument that memorizes the 3D shape of the followed pathway and shifts the shape backward as the instrument moves forward. This snake-like method of locomotion is called “follow-the-leader locomotion”, in which the head is the “leader” and the body follows the pathway of the head, see the following animations:

Follow-the-leader locomotion requires a segmented multi-steerable instrument as well as a memory in which the angles of the segments can be stored and shifted. In robotic approaches, the actuation occurs by a range of electric motors controlled by a computer. Although feasible, this will result in a very complex system requiring additional safety measures to ensure reliability during surgery.

In a desire to create a simpler system, we explored an alternative follow-the-leader approach by using a mechanical memory. Following our  HelicoFlex design, the MemoFlex II contains an Ø8 mm multi-steerable tip with 14 segments controlled by 56 steering cables in 28 Degrees of Freedom. The novel compliant frame of the tip is entirely non-assembly 3D printed out of one single part, creating an easy-to-make construction with a large range of snake-like motion possibilities.

The mechanical shape memory consists of four 3D printed plates (two for the horizontal plane and two for the vertical plane) containing curved grooves representing the required pathway of the tip. The four plates are mounted in a rotatable blue cylinder that is surrounded by a static exoskeleton. When the instrument is moved forward, the cylinder turns around, driven by a cam in the exoskeleton, and the curved grooves move along a set of ball bearings, each bearing connected to one of the steering cables, causing the tip to move along the shape of the curved grooves. The pre-programmed groove-shape can be derived preoperatively from CT or MRI-images. 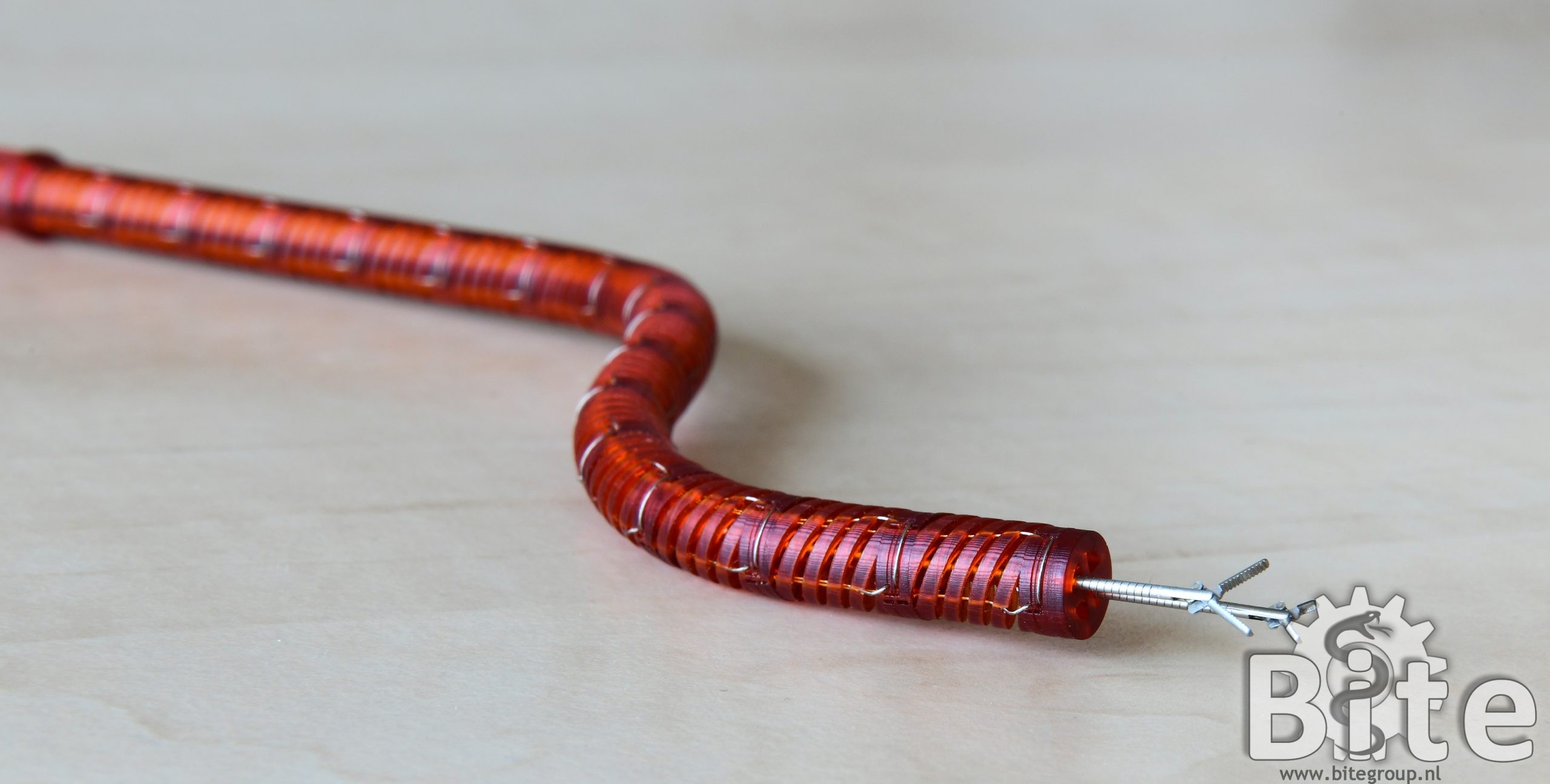 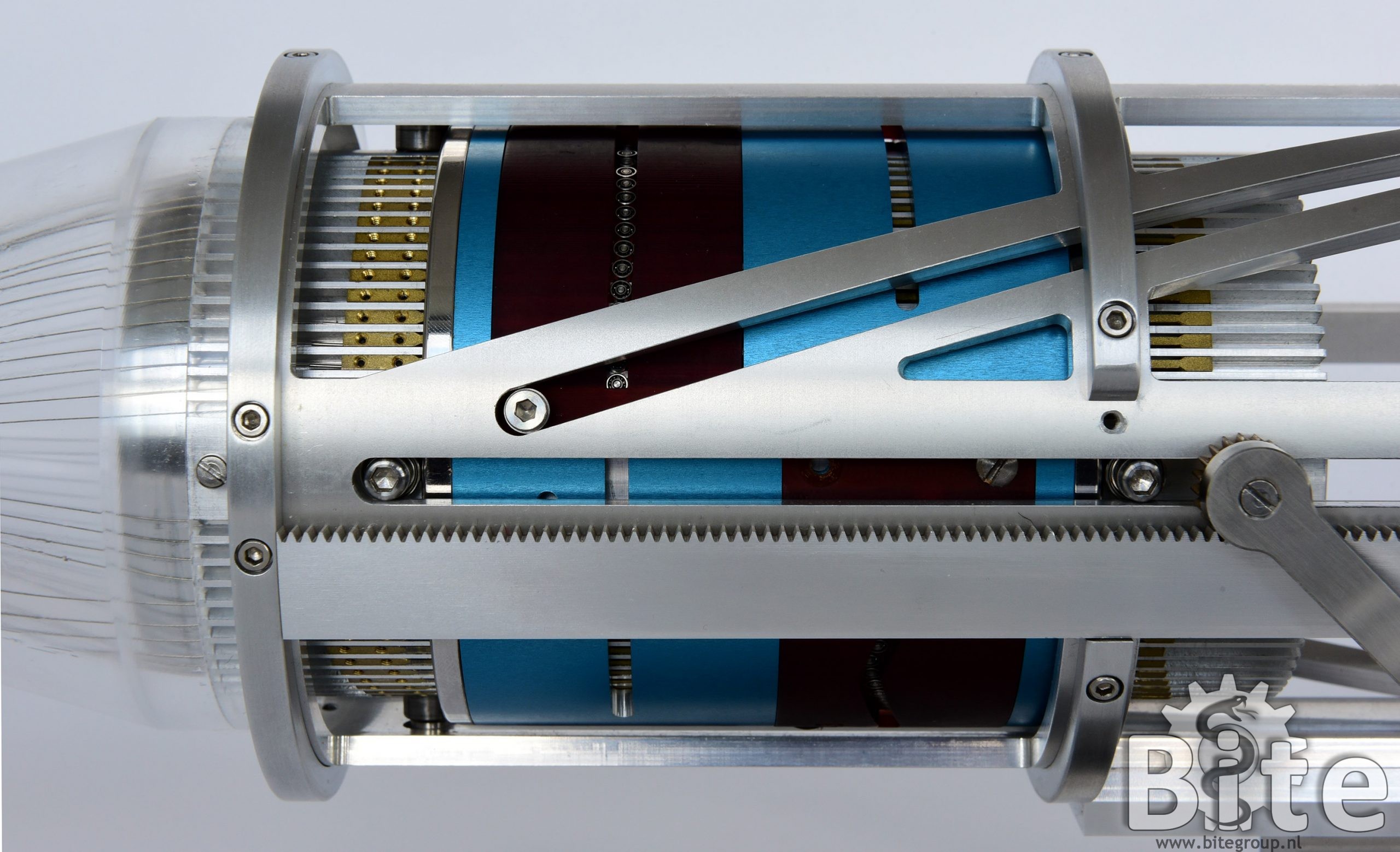 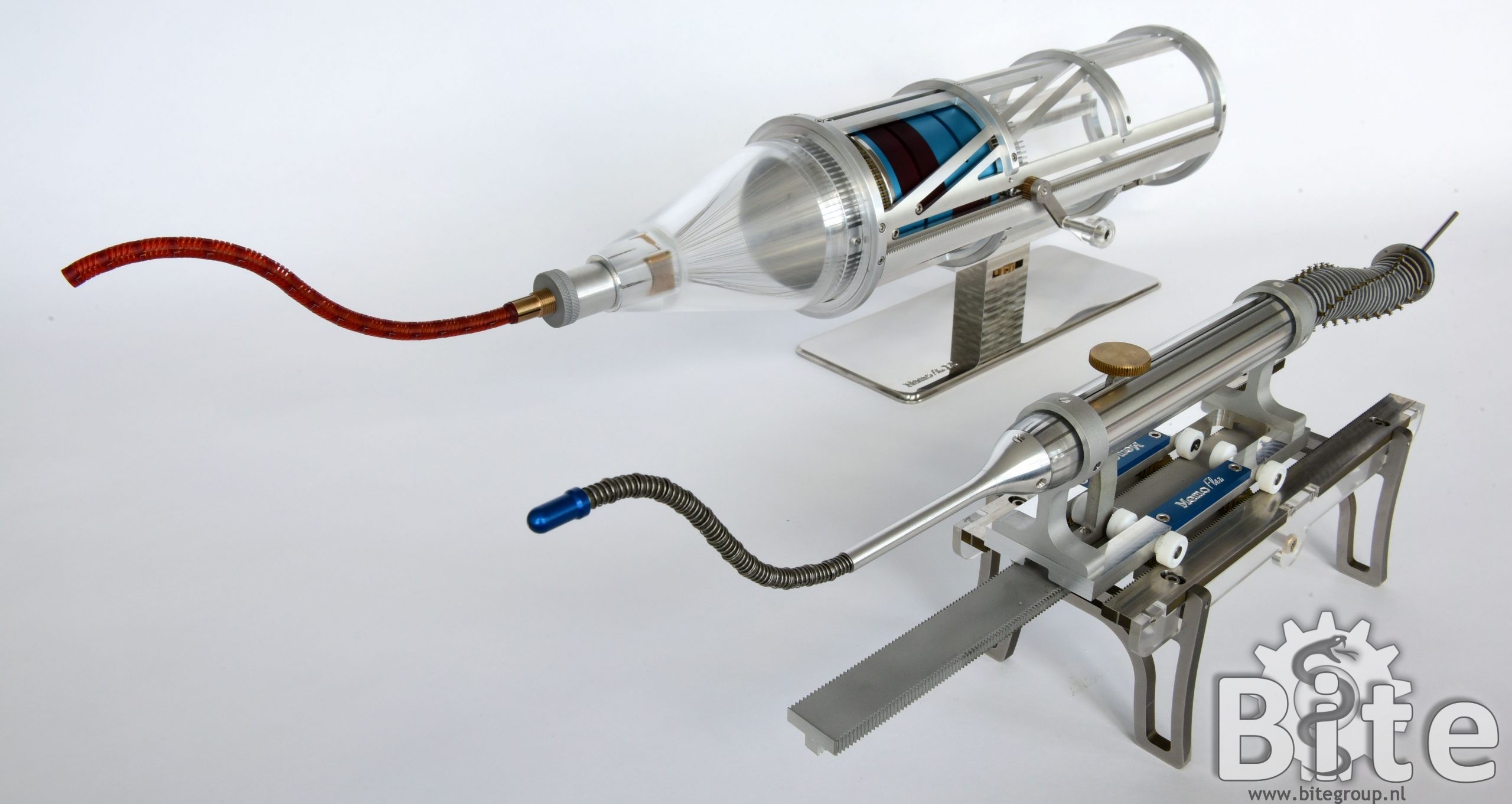