A wasp ovipositor is a needle-like structure composed out of three elements, called valves. A female wasp uses this structure to drill into wood or fruit and deposit eggs inside a living host. The propagation of the ovipositor through the substrate is achieved by a push-pull mechanism, in which one of the valves is pushed while the other two are pulled.

Inspired by the ovipositor of parasitoid wasps, we developed a new Ovipositor Needle with a diameter of 1.2 mm at the tip and 0.75 mm along the body. The needle consists of six superelastic Nickel Titanium (NiTi) wires (Ø 0.25 mm, length 160 mm) concentrically arranged around a seventh NiTi wire. The seven wires are interconnected at the tip with a flower-shaped ring (Ø 1.2 mm, length 2.0 mm), manufactured for minimal resistance during propulsion. The ring has a central hole to which the central wire is glued and six holes through which the six other wires can slide back and forth.

Each proximal end of the six movable wires is connected to a stepper motor, in which a leadscrew-slider mechanism converts rotational motion into linear motion. During an experiment, the needle was inserted in a stationary tissue-mimicking phantom, placed on a cart with low-friction wheels. The wires were sequentially moved back and forth inside the phantom, generating a net pulling motion of the phantom towards the actuation unit, and resulting in the needle moving forward inside the phantom. Different sequences of wire actuation were used to achieve both straight, curved and S-shaped trajectories.

In a follow-up prototype we changed the shape of the interlocking ring from cylindrical to conical to investigate the effect of pre-curved wires. We found out that pre-curved wires facilitate steering, however, at the drawback of a slightly larger tip diameter due to the use of a conical flower-ring.

Ovipoistor Needle II is, to our knowledge, world’s thinnest self-propelled-steerable needle. Our novel bio-inspired steering and propulsion mechanism allows for the design of extremely long and thin needles that can be used to reach deep targets inside the body without a risk of buckling and with the possibility to correct the trajectory.

Ovipositor Needle II is part of the WASP project that focuses on the development of steerable needles for localized therapeutic drug delivery or tissue sample removal (biopsy). We are currently  working on further miniaturization to diameters <0.5 mm. 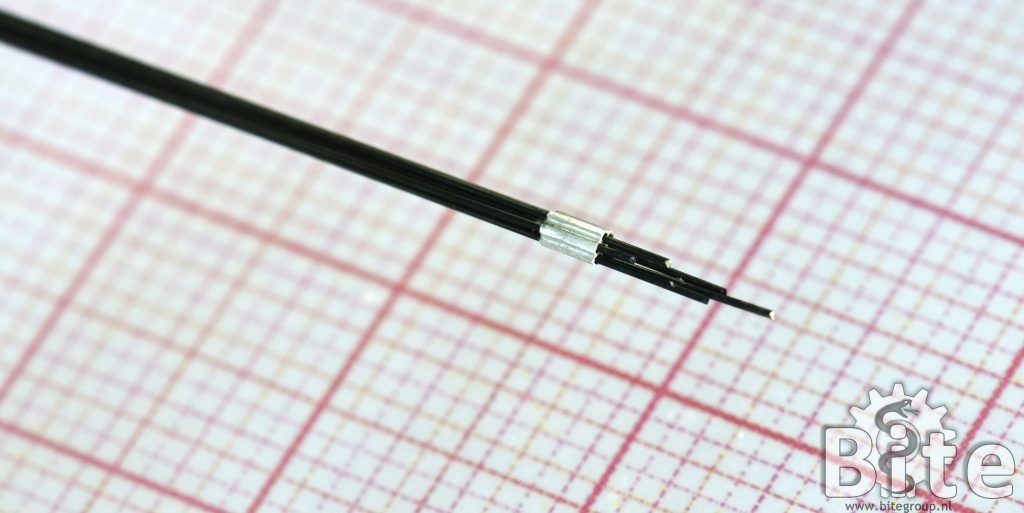 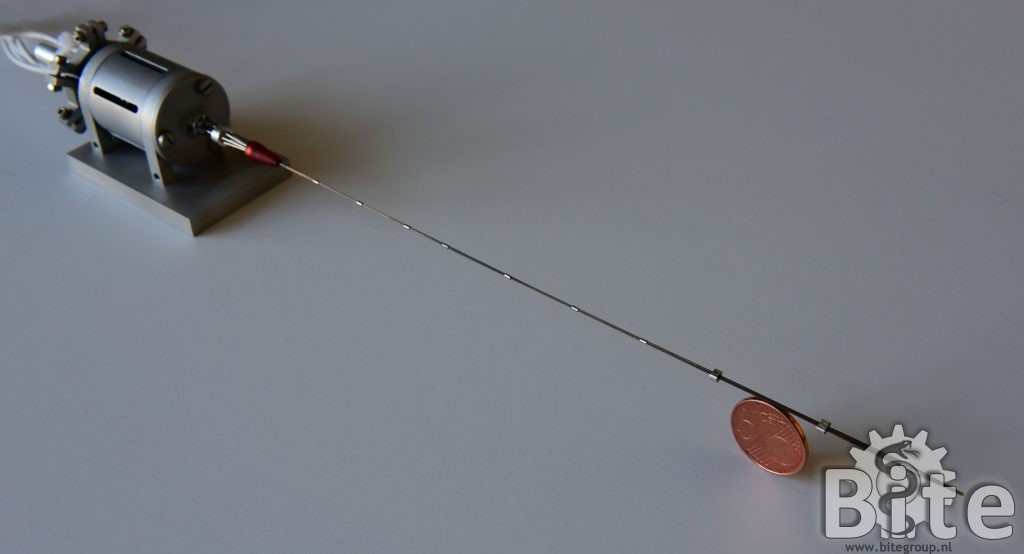 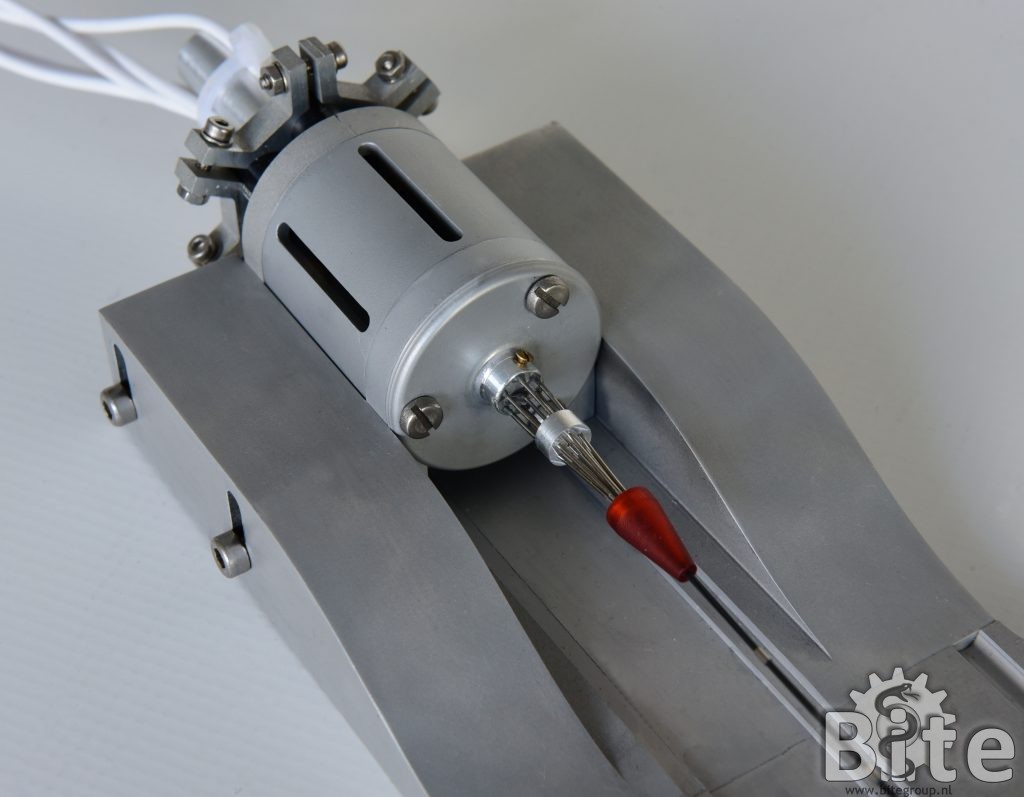 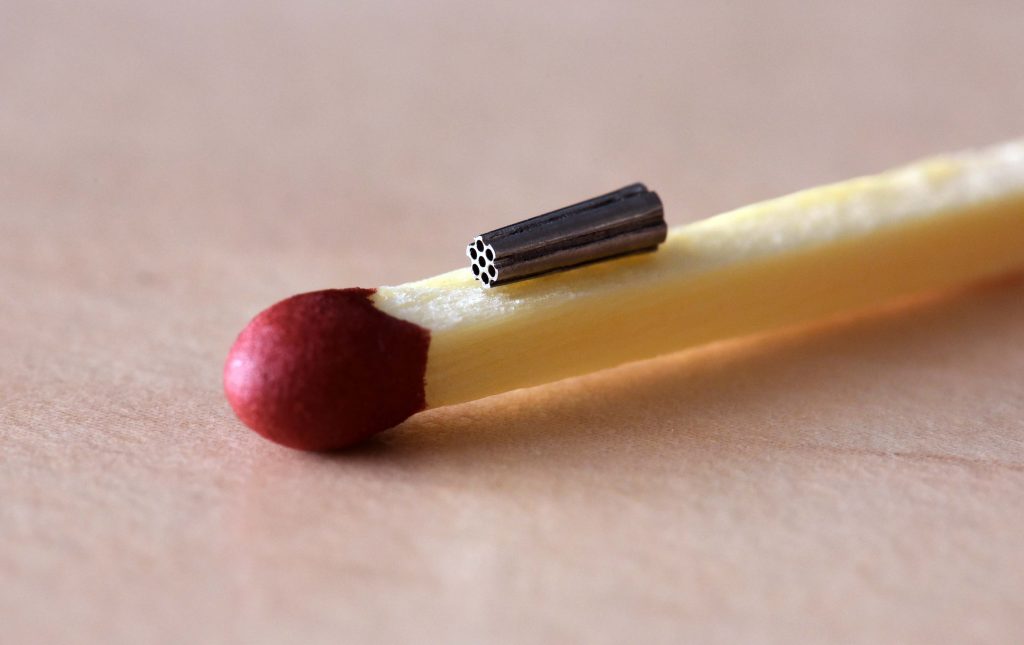 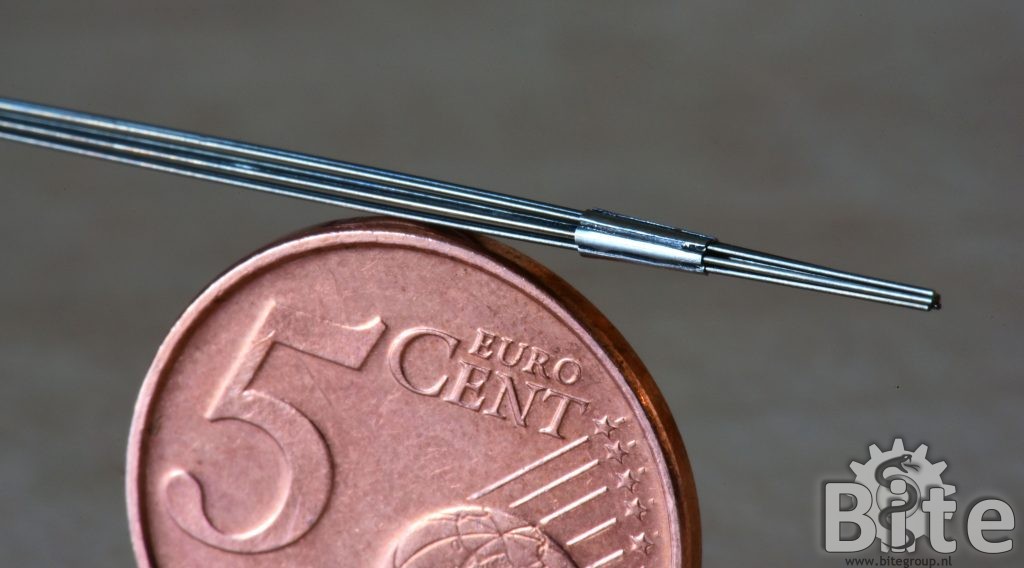