A wasp ovipositor is a needle-like structure composed out of three elements, called valves. A female wasp uses this structure to drill into wood or fruit and deposit eggs inside a living host. The propagation of eggs through the ovipositor is achieved by a smart push-pull mechanism, in which some valves are pushed while other valves are pulled, using surface- and direction-dependent friction with the egg to make it move forward. Inspired by the ovipositor of parasitoid wasps, we developed a novel tissue transportation device that can transport tissue samples at a precisely controlled speed without any risk of clogging.

The developed mechanism consists of an outer tube surrounding six semi-cylindrical blades that make a reciprocal forward/backward motion, driven by a miniature electric motor with a cam, similar to our Self-Propelling Ovipositor Device. Tissue samples are transported using a friction differential between the tissue and the blades, at a speed which is set by the surgeon. We tested the device with various tissue-mimicking gels as well as with compacted minced meat, using different motion sequences of the blades. In all cases the substance was transported reliably, showing that the ovipositor principle is well-suited for tissue transportation and a useful alternative to conventional aspiration (suction)-based devices that are prone to clogging.

The BBC made a nice animation showing the working principle of the device. In a new research project within Dutch Soft Robotics we are currently equipping the device with a flexible steering section to facilitate tissue transport from difficult-to-reach locations in the human body. 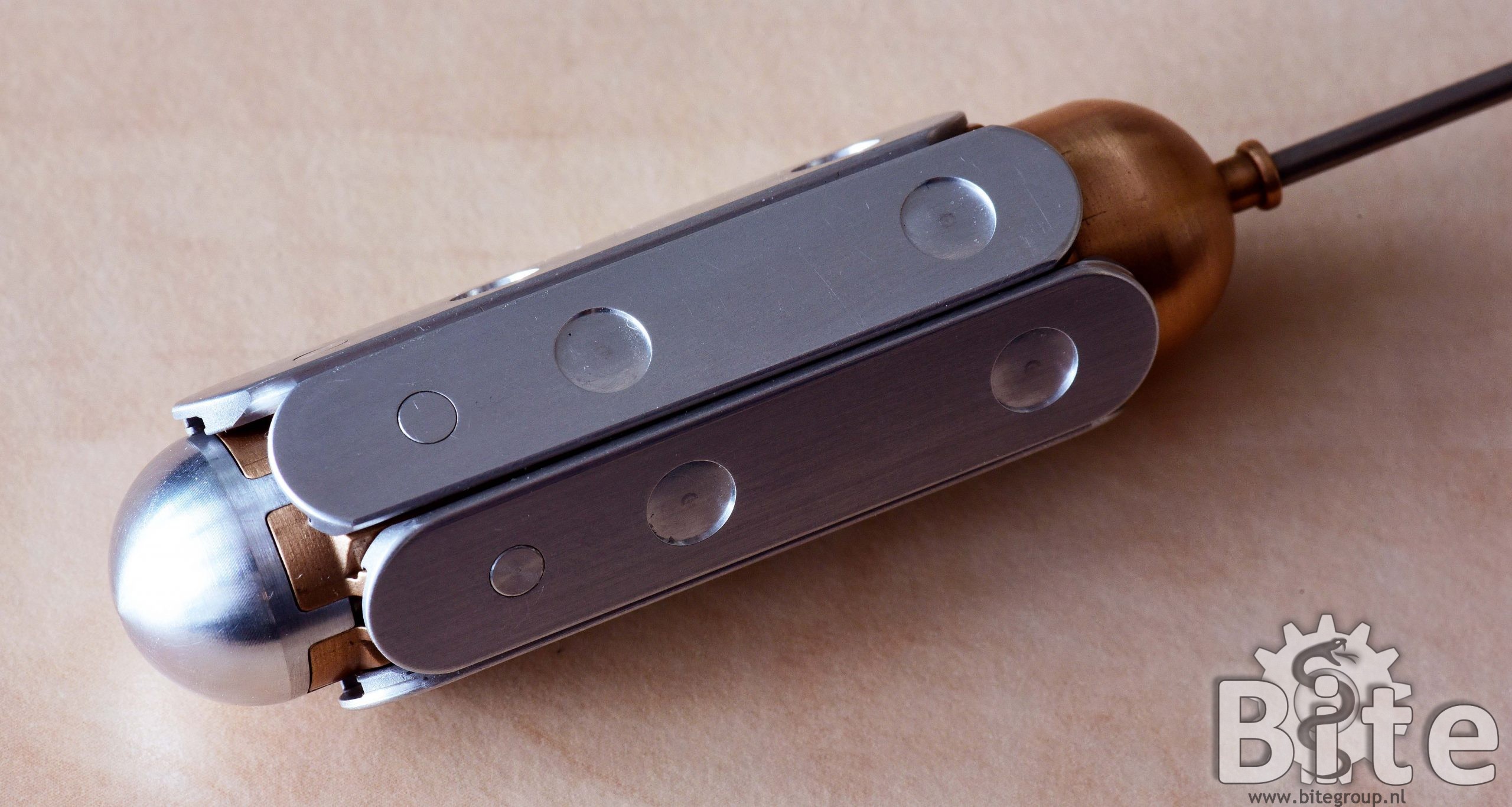 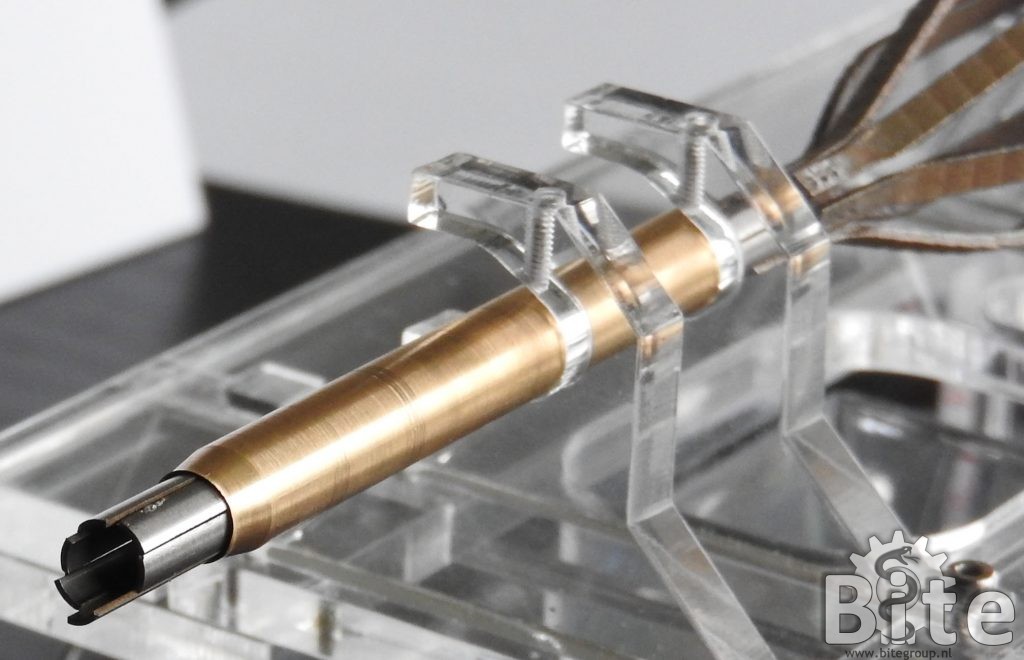 Tissue Transportation Device from aside